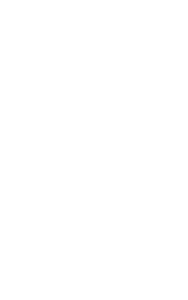 I am not ashamed.

I will not sit quietly any longer.

I am not ashamed to tell you my story.

To tell you of my hospitalisation,

where I experienced the very best and very worst of our mental health system,

A system plagued with misunderstood children trying to be heard,

A system full of passionate nurses working to help these children,

A system that has failed so many in the worst way,

A system that denies care to some of those who need it most,

And that night I lost my faith, I said “I’m no longer believing in a system that tell me that my problems are just fake”.

That night I was brushed off and told to go home; “sleep it off”. Turned away by the system that is supposed to be there for those in need.

Scared, suicidal and exhausted I left the hospital that first night with my mum feeling as though nobody even wanted to understand what was going on in my head. I left the hospital in the most chaotically peaceful state that one could find themselves in. Chaotic in the way that I was scared, sad. I felt betrayed by a system I always knew was not perfect but felt at least could do its job. The peace I found when I left the hospital was not that of serenity and calm, but rather a peacefulness within my brain that I had given up on myself, on my life. I no longer had anything to worry about because soon I would take my own life and this would all be over.

My Family; My Life Line

The coming days was a series of naps mixed with tantrums, panic attacks and whatever self-harm I could bring to myself without being caught by the watchful and caring eyes of my parents. I was compelled by the voices in my head to take my own life, that by me being gone, so would all the pain and destruction I bring to myself and those around me.

That wasn’t my family’s plan though; they pushed me; they saved my life. The compassion and love I received from each of my immediate family members gave me some strength to continue on through my life, which at this point seemed to be a never-ending maze of sadness and sorrow. It wasn’t all up from there though; my time in the system had only just begun…

I spent about a week at home before my first home visit from an outreach Psychiatric team (CATT). After a half hour talk with the two incredibly good men working for the outreach program it was decided that I should be taken back into hospital for further assessment and treatment. At this stage they thought I was experiencing early onset psychosis.

I was taken back to the same hospital I had been sent away from just the week before, although this time I was treated far better because of the call ahead by the outreach team. I spent one long night in the emergency room getting bits and pieces of sleep, an incredibly sarcastic smile and “back again?” from the mental health clinician who had turned me away last time. I was made to feel like a burden, like the bed I was taking was unjustified and could be better used somewhere else.

And do I agree the bed that night could have been used better for someone else with a physical health problem? Yes, in an ideal world, a supportive and professional mental health system could stand alone and could have prevented my first and second presentation to emergency. We already tried the other options we had; private, public… Too risky, not risky enough… In an ideal world there would also be an emergency room just for mental health issues; in turn allowing the specialists from each hospital to focus on their actual specialist area, creating more opportunity for doctors to genuinely be able to treat an illness and traumatic incidents. Experiences, such as mine, might decrease exponentially.

The next morning I was transported to The Austin’s Children’s Psychiatric Ward where I would spend the next 4 days. As I arrived in the psych ward any cord in my jumpers and pants had to be removed, as well as all my shoelaces. My bag was searched and my Phone was taken. I remember looking at my parents. The look of distress on their faces, especially mum’s, made the situation even scarier.

I spent my first night literally trapped inside a panic attack; crying and just wanting to be at home. Despite my troublesome first night and an urgent, pleading phone call to my parents to bring me home, my experience at The Austin, for the most part, was extremely positive. They boasted modern facilities, including a bedroom for each child, a small school and a decent sized outdoor area with tennis courts. There was a great games room with a pool table, massage chairs and gym equipment. As well as these facilities the case workers, nurses and doctors were incredibly good and clearly trained and experienced at dealing with and helping teens with mental health issues.

The Austin provided me with an amazing team that, in my short time there, truly helped me and gave me some good strategies for dealing with my mental ill health. Unfortunately, these gems are very rare and can only benefit very few children, for too short a time. After 4 days at the Austin I felt as though I had started my journey to recovery and was looking forward to what was coming next. My faith had almost been restored in the system. Unbeknown to me, I was about to have that faith obliterated. My caseworker telling me that unfortunately my time at the Austin was over. There was an opening in the Monash psychiatric ward which was far closer to where I lived. In addition to this, the Austin had a long line of people who live far closer to Heidelberg than me.

Arriving at the Monash with my parents and having to watch them leave me in another unknown place, that this time seemed far more intimidating, was horrifying. I was taken to my room, half the size of my room at the Austin, and this time I was sharing. As someone with anxiety I had trouble sleeping that night, extremely paranoid by the boy lying across from me. I didn’t even know his name.

As well as having a roomie, the sleeping quarters happened to be situated next to the “reflection rooms”. The reflection room is where a child would have to spend a number of hours reflecting on your actions after self-harming. Yes, after a child has made a physical step towards self-harm the protocol was to have them put into a room and forced to reflect. Placing a child at further serious risk, after they have just been through a traumatic experience, in a room alone, only seeing the faces of the nurses that pop their head at the small window to check if you’re still alive every 15 minutes, is one of the many parts of this system that is broken!

A child inside of a Psychiatric Ward should feel safe and confident they will be looked after and supported no matter their actions. Instead of this support and safety, the leaders who gave me my introduction spoke about the reflection room like solitary in a prison, trying to deter patients from self-harming by showing the consequences, rather than deterring patients from self-harm by doing genuine hard work on their illness or problem with professionals.

I had no idea what was going to happen now. Expect the unexpected. Fortunately, I was allocated a good case manager at Monash… He recognised staying would do more harm than good for me. He recommended I return home on a “weekly visit”.

I’d like to say that was when everything started to improve, but really it was just a different location for the continuation of the roller coaster ride I was on.  Part 2 of my Journey will explore my experiences after leaving hospital; at home, school, with my mates; impacting us all.